I also miss Rich Peverley very much. A while ago I compiled pretty much all the videos of him I could find on youtube. It's short but beautiful.

As the 2012 Stanley Cup Finals loom just 2 days away, us Bruins fans are struggling to cope with the reality that the Bruins are not part of it this year. Every aspect of the playoffs taking place leading up to the beginning of the Devils/Kings finals series on Wednesday reminds me that the Bruins were there last year, and it makes me so sad (sadder than I already am) that they aren't there anymore - and even more so, that what seems like yesterday when they were there, was actually a year ago. To try to cope with this sadness, I will post some of my favorite videos from the 2011-2012 Bruins regular season, which offered some amazing moments in and of itself.

These are in no particular order, and are only a dozen of the endless amount of videos I wanted to post, and perhaps plan on posting this summer.

I have to admit, looking through these season's highlights, I realized how unbelievably fortunate I was as a Bruins fan this year to experience a dozen home games that were all (except for 1 or 2) absolutely fantastic! I have so many wonderful Bruins memories over the years, starting with my first game in 1997. I miss them so much, and look forward to the wonderful memories they are going to give me the opportunity to be apart of in the years to come.

My Favorite Pictures From: "50 Most Intense Nailpolish Designs"

Read the article here at Buzzfeed. Or look at it, since it's just pictures. Here are my favorites:

THIS IS A TRAP

I finally found an Ackbar meme I haven't seen before.
I added it to the Admiral's page.

In a nice, neat format here in Google Documents.

Here are some chart previews: 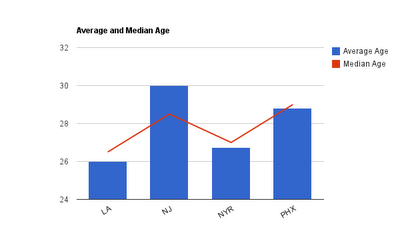 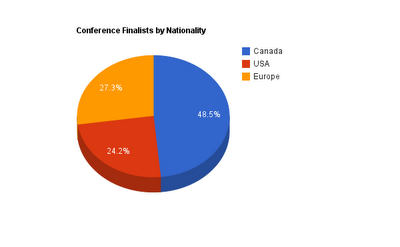 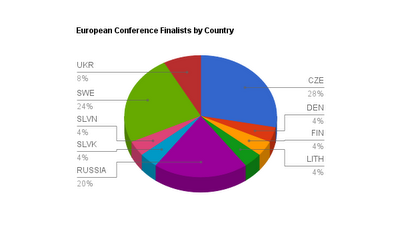 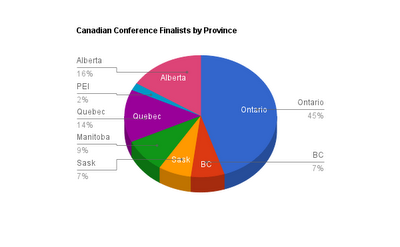 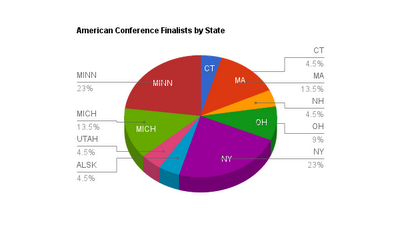 Bandwagoning into the Conference Finals

Since the Bruins have been knocked out, and since I enjoy hockey and the NHL in general - especially the playoffs - I have reflected on the teams I chose to bandwagon when the Bruins are gone and why, if I can pinpoint it. Many of the reasons don't make sense, are really silly, are so pointless it's ridiculous, or are just flat out stupid. Below I'll try to figure out which teams to root for in each series by going through my thought process on how much I like or don't like each team.

According to CapGeek, the Bruins have 7 Unrestricted Free Agents on July 1st, and 2 Restricted Free Agents. Since Joe Corvo already stated he won't be signing with Boston, that's one to cross off the list. Brian Rolston is a question mark because he may or may not retire, and if he doesn't retire, it doesn't guarantee he will stay with Boston.

How I Cope with Bruins Losses & Proudly Bandwagoning to the Cup, Part 2

2001: Colorado Avalanche defeat New Jersey Devils in 7 games
I was pretty enraged when the Avs/Bourque got eliminated in 2000, hence me rooting for the Devils against the team that beat the Avs (Dallas). I still loved the Devils, but I loved Ray Bourque so much, words can't explain. Nor can words explain how much I wanted him to win the Cup. It broke my heart and I didn't want his departure from Boston to be in vain. I rooted so intensely for Bourque, that I came to love the Avs like the Bruins - it helped that the Bruins had again missed the playoffs.

My favorites all came to the rescue - Sakic, Forsberg, Chris Drury, Milan Hejduk, Alex Tanguay, Adam Foote, Martin Skoula, and the best of all, Patrick Roy, who won the Conn Smythe (for the 2nd time in his career).

Watching Sakic got the Cup and didn't even lift it before handed it directly to Bourque turned the tears I was already crying into sobs. Back then, I thought I may never see the Bruins win the Cup, so I was so happy to see to ultimate Bruin win it so he could retire on top.

How I Cope with Bruins Losses & Proudly Bandwagoning to the Cup, Part 1

The earliest memory I have of watching playoff hockey while rooting for a specific team that wasn't the Bruins was in 1996, although I have faint recollections of the years before that. Normally, when the Bruins get eliminated from the playoffs, or fail to qualify at all, I pick a team to root for. Sometimes I pick a few teams, and sometimes I pick one team then change my mind halfway through. Either way, it has consistently been a way for me to cope with the loss of Bruins hockey while simaltaneously learning about and loving new players and teams (or hating them).

Before the Bruins won the Cup last year (WOO!!!!!!!!!!!!!!!!!!), they were pretty consistently early-round exiters or didn't even finish in the top 8. In fact, I was just 3 years old the last time (excluding last year, of course) when the Bruins went to the Stanley Cup Finals in 1990 and lost to Edmonton. I was 5 when the last time they had made it to the Conference Finals in 1992. From my earliest memories of Stanley Cup contention that I actively watched was about 1995, and I was 7, although I'd been watching hockey my whole life. Anyway, here are the Bruins numbers in the playoffs since 1995 (excluding the lockout year of 2004-2005):